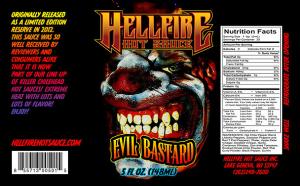 Originally released as a limited edition reserve in 2012. This sauce was so well received by reviewers and customers alike that it is now a part of their line-up of killer Chilehead hot sauces. Extreme heat with lots and lots of flavour! If you dare, try on wings, in chili and over rice!!!